On Ascension Week and the Epiphany, carved figures of the four Magi join the Moors hourly, emerging from the clock face and bowing to the Virgin Mary above them. An angel raises a trumpet in recognition of them, and the Magi bow in return. The Clock Tower in Venice is an early Renaissance building on the north side of the Piazza San Marco, at the entrance to the Merceria. It comprises a tower, which contains the clock, and lower buildings on each side. It adjoins the eastern end of the Procuratie Vecchie. Both the tower and the clock date from the last decade of the 15th century, though the mechanism of the clock has subsequently been much altered. It was placed where the clock would be visible from the waters of the lagoon and give notice to every one of the wealth and glory of Venice. The clock tower is topped by two bronze figures who strike the bell hourly. Although they were originally designated as giants, their dark patina lent them the nickname “Moors.” A relief of the winged lion of St. Mark, patron saint, and symbol of Venice, stands on an open book below the Moors. A statue of the Virgin Mary stands one level down, above the massive clock face. The clock was intentionally designed to sit high enough in the square to be protected from Venice’s waters and to be visible from the canal. Meandering outside on the rooftop above St Mark's Basilica, I became mesmerized by Piazza San Marco below and the multitude of historic artwork residing on high. As the evening sun descended with a fire in the sky, the Moors were called once again to ring the bell reminding all of the romantic Venetian history, and a siren call of utopian futures here in La Serenissima, the ‘Most Serene,’ Veneto.

Copyright
Dino Carbetta
Image Size
9000x6234 / 373.8MB
Keywords
"In the late afternoon the sun penetrates through ancient abandoned buildings along the Santa Fosca Canal in Venice"... The last day of our Pilgrimage was spent in one of the most iconic locations on earth, Venice! Busing to the docks at the Venetian Lagoon from Padua to catch our private boat to the Basilica di San Marco, an exemplary spiritual treasure for a special Mass. Touring the crowded Doge’s Palace proceeded, then set free to breathe in as much of the Venetian Island as possible until our final farewell dinner and return flight home in the morning. As standard fare, my fellow Pilgrim Patrick and I took off out of the starting gate with the notion to capture the entirety of Venice in a half of a day on foot. We covered exactly 8.3 miles walking, but with so much adrenaline, we could have doubled it into the nighttime. Our itinerary included Basilica’s, canals, bridges, gondolas, and anything resembling Venetian culture. Basilica dei Frari was foremost and Chiesa di San Geremia to visit St. Lucy. The maze Venice presents, GPS navigation only works occasionally on this crowded water complexity. The shutters on our cameras seemed permanently depressed as we desperately tried to capture everything we possibly could in such a short window of time, as we had to be at the waterside restaurant by 7:00 pm. It was a Bellissimo Spring day and the atmosphere that is exclusively Venice was intoxicating. We artfully meandered the narrow walkways and canals with a keen rhythm and capture of all that was superior. Not a thought of distance occurred in our surreptitious mission of Venice. We finally made it by dusk to our waterway restaurant Ristorante Pizzería Da Alvise, which was authentic and excellent.
Contained in galleries
Portafoglio (Portfolio) 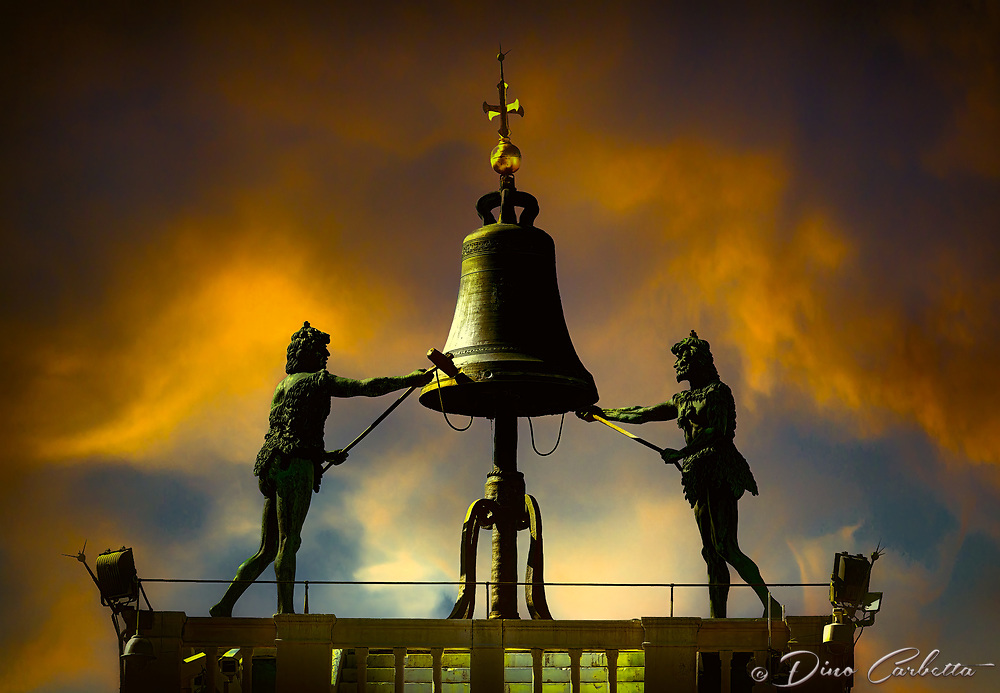